· Registered
Joined Jul 7, 2019
·
131 Posts
2021 marks the 20th anniversary of the BMW Minis! Which of the three Mini generations has been your favorite so far? Styling wise I think the first gen was the best but I love how reliable the third gen ones are. 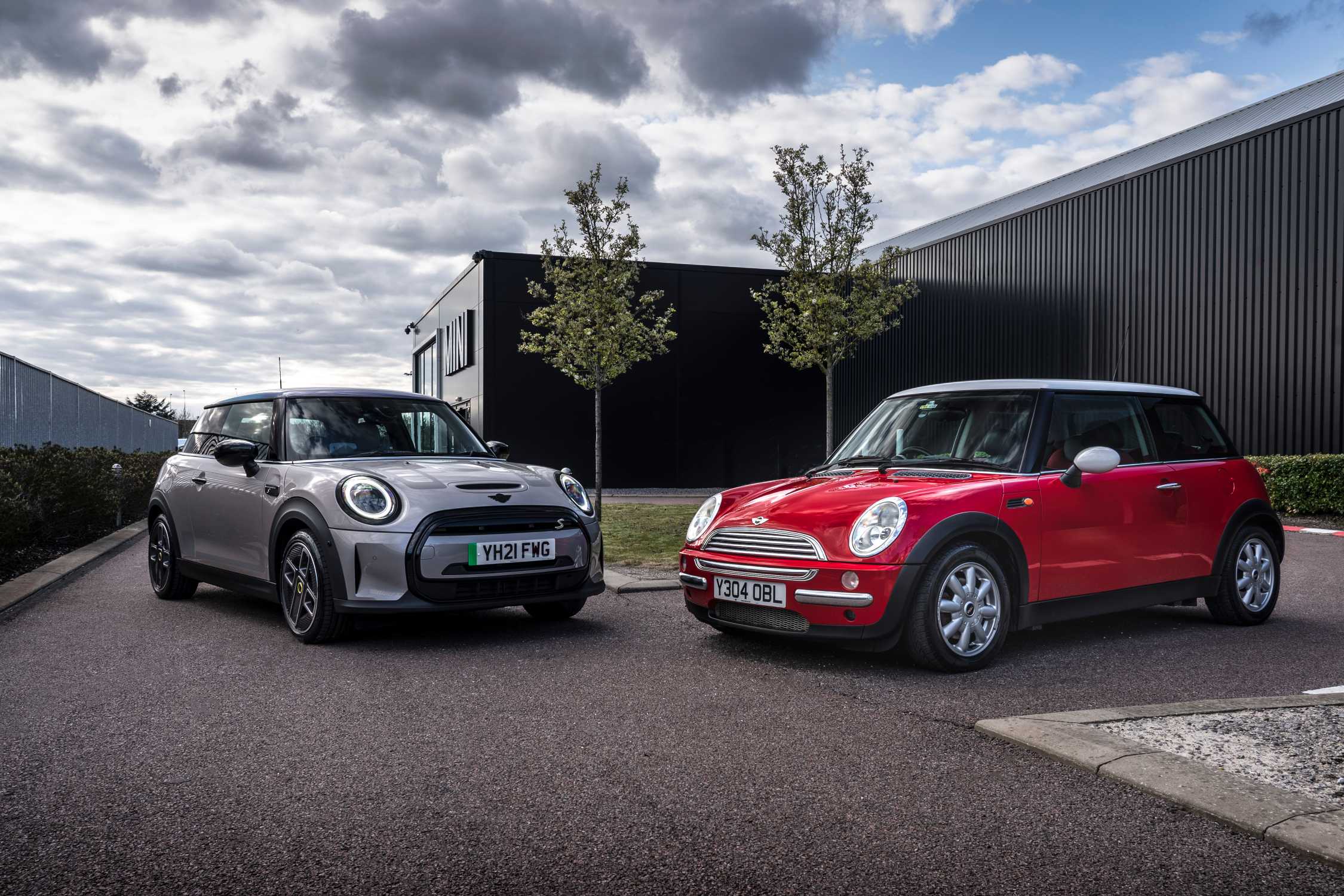 Oxford, UK. The MINI brand and BMW Group’s UK manufacturing plants in Oxford and Swindon are celebrating twenty successful years of MINI production. In early 2001, production began for MINI body parts in Swindon and on the 26th April that same year, the first new MINI rolled off the line in Oxford.

Oxford, UK. The MINI brand and BMW Group’s UK manufacturing plants in Oxford and Swindon are celebrating twenty successful years of MINI production. In early 2001, production began for MINI body parts in Swindon and on the 26th April that same year, the first new MINI rolled off the line in Oxford.

Over the past two decades MINI has built over 5 million cars in the UK. Plant Oxford currently builds the MINI 3-Door Hatch, MINI 5-Door Hatch, MINI Clubman and the MINI Electric, all on the same production line.
BMW Group Chairman of the Board of Management Oliver Zipse, who was head of manufacturing at MINI Plant Oxford from 2007-2008, said: “Congratulations to everyone at MINI Plants Oxford and Swindon for reaching such a great manufacturing milestone. I still have very fond memories of my time at Oxford. It was a real pleasure to work at the home and heart of the MINI brand with such engaging and passionate people, nearly one quarter of whom have dedicated these 20-years or more to building our cars.”
MINI Plants Oxford and Swindon employ over 4,500 highly skilled employees, including 130 apprentices, who all keep production moving to build 1000 MINI a day - one every 67 seconds.
Peter Weber, Managing Director of Plants Oxford and Swindon (2019 – present) said: “I am extremely proud of our teams at Oxford and Swindon and the incredible job they do. Their continued commitment and passion over the past 20 years has helped to strengthen MINI’s reputation around the world.”

Plants Oxford and Swindon have been at the heart of their communities for a very long time – 108 and 65 years respectively. In recent years, Plant Oxford has become a must-see tourist destination with 26,000 MINI fans enjoying the award-winning Plant Tours.
With the MINI Electric going into production in 2020, Plant Oxford is already electrified and in the early 2030s, MINI will be the first BMW Group brand to go fully electric. Plants Oxford and Swindon have played a pivotal role in making MINI production more sustainable over the past 20 years and are vital to the BMW Group’s strategy to further reduce emissions.

2009 MINI E trial begins, backed by UK Government
BMW Group’s major UK field trial with MINI E model to evaluate the technical and social aspects of living with an all- electric vehicle in a real world environment. Over 250,000 miles were driven on UK roads in one year.

2010 The brand’s first SUV the MINI Countryman is revealed (produced in Graz, Austria)

2014 One of the UK’s largest roof-mounted solar farms is installed at MINI Plant Oxford. On the roof of the bodyshop, the solar farm has more than 11,500 panels, covering 20,000 square metres (five football pitches). It generates enough electricity to power the equivalent of 850 households (over 3 megawatts). This allows Plant Oxford to reduce its carbon footprint by approximately 1,500 tonnes of CO² per year.

2019 MINI Plant Oxford builds its 10 millionth MINI and is awarded “Best Told Story” from the official tourism agency for England, Visit England (won again in 2020). Plant Oxford opened its doors to public tours in 2008, and they have been a roaring success ever since

2020 January – MINI Electric customer production begins at Plant Oxford. The MINI Electric is fully integrated into the production process at Plant Oxford, making it the first BMW Group Plant to have electric running down the same line as the combustion engine models, allowing flexibility in production according to global demand. By the end of 2020, a total of 17,580 were sold and delivered to customers around the world, 3,385 of which in the UK.

2020 October 27 – MINI reveals future product plans and new strategy focusing on electromobility, crossovers and production of models in China from 2023