Jump to Latest
MiniFootPrint
You can get this all-electric classic Mini for $70,000 from Recharged Heritage. 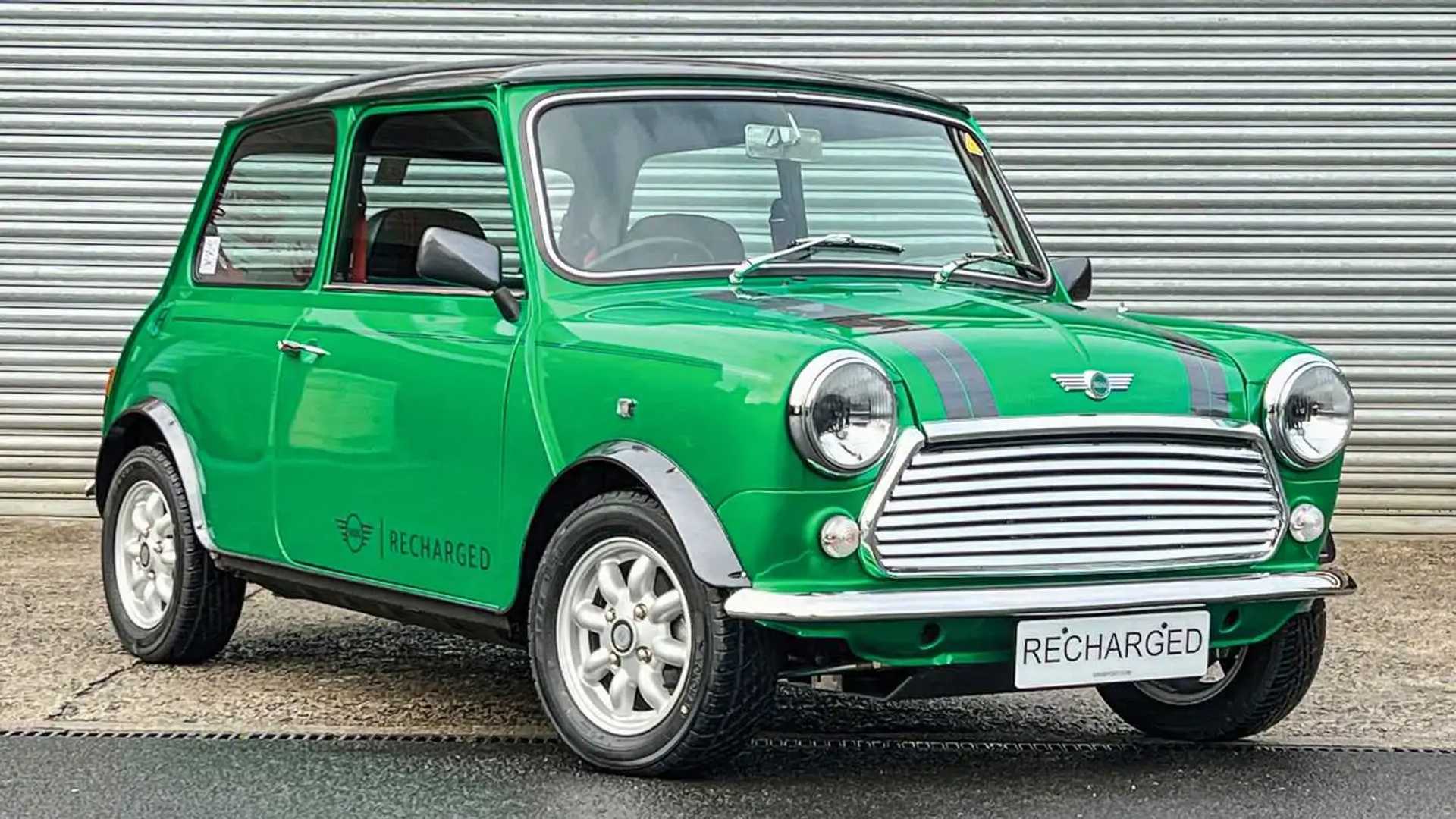 Classic Mini EV Goes On Sale For $70,000 Including Donor Car

Recharged Heritage enters this space by beginning to take orders for its EV conversion for the original Mini.

www.motor1.com
Installing electric powertrains into classic vehicles is becoming a trend as a way to keep these old models on the road. Recharged Heritage enters this space by beginning to take orders for its EV conversion for the original Mini. Prices start at £42,500 ($48,092 at current exchange rates) if you have a car to convert or £62,500 ($70,710) with an included donor car.

This electric Mini packs 97 horsepower (72 kilowatts) and uses an 18-kilowatt-hour battery pack. This setup provides a WLTP-estimated range of 103 miles (166 kilometers). The 6.6-kW charger can top-up the battery in three hours on a 7-kW wallbox or nine hours from a standard UK outlet.

These specs are a little different than when Recharged Heritage showed off this endeavor in January. At that time, the car used a 120-hp (90-kW) electric motor and reached 62 mph in about nine seconds. The predicted range was 100 miles (160 kilometers).

Recharged Heritage says that one advantage of its conversion is that the work is entirely reversible. The company doesn't even drill any additional holes in the body. The completed car also doesn't weigh any more than the original.

The company already completed at least two of the conversions. One was a 1998 Mini Paul Smith Edition. Designer Paul Smith came up with the interior styling with a mustard yellow dashboard and blue seats.

The other was a collaboration with British artist Lakwena Maciver. The car had a vibrantly colored body with the words "Big Love" in a variety of shades.